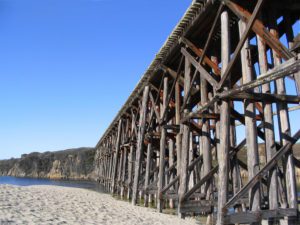 While working on the movie “Midnight Rider,” a young woman lost her life. Her parents filed a wrongful death lawsuit and were recently awarded $11.2 million. Several parties were named as defendants in the case, and all will share in paying the damages.

According to reports, the young woman was part of a film crew working on a train trestle just outside Jesup. The crew, it was revealed, did not have permission from the train company to film on that section of track. The woman was killed when a train came down the track, striking her and other members of the crew. Six other people were injured.

As a result of the accident, the director of the film was charged with criminal trespassing and involuntary manslaughter. He was ultimately sentenced to incarceration followed by probation. He served part of his time and was released from custody in March 2016. He was also ordered to pay a fine of $20,000.

While the woman’s parents were pleased with the verdict, they did release a statement calling the accident a tragedy. They said that the train company has several issues that need to be corrected according to evidence presented. This verdict follows on the heels of another on-set accident in which a stuntman for the show “The Walking Dead” was killed.

If a loved one has been killed in an accident in Atlanta and someone else was at fault, you may be legally eligible to file a wrongful death lawsuit. Reach out to our office and schedule an appointment for a free case evaluation.